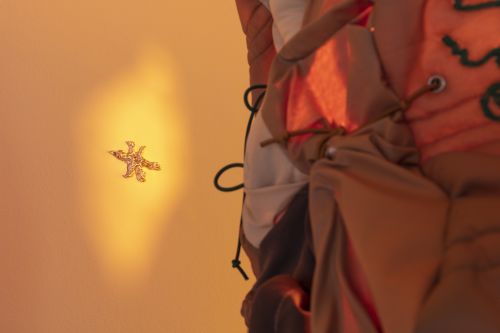 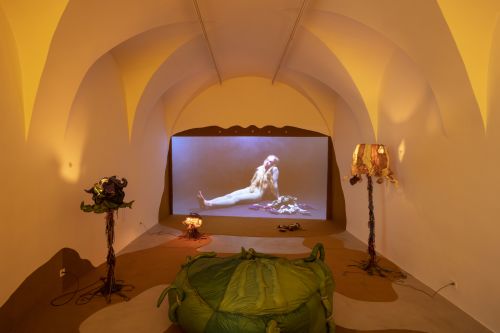 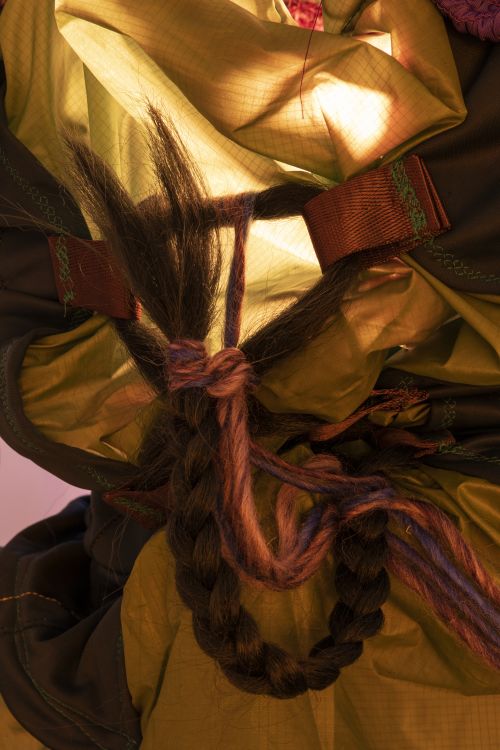 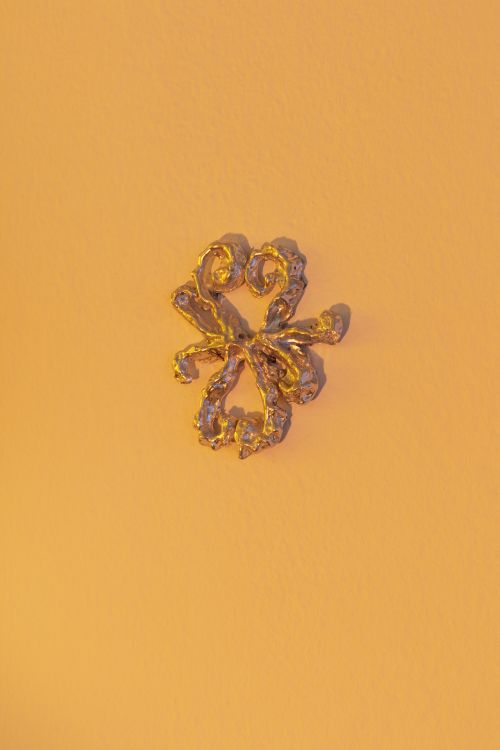 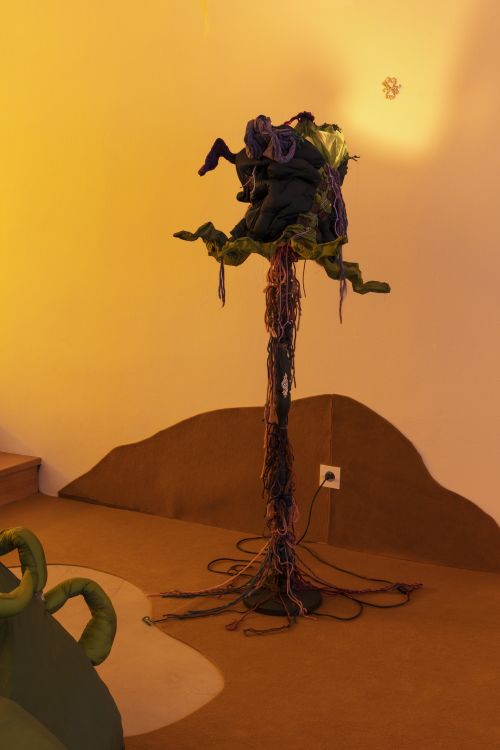 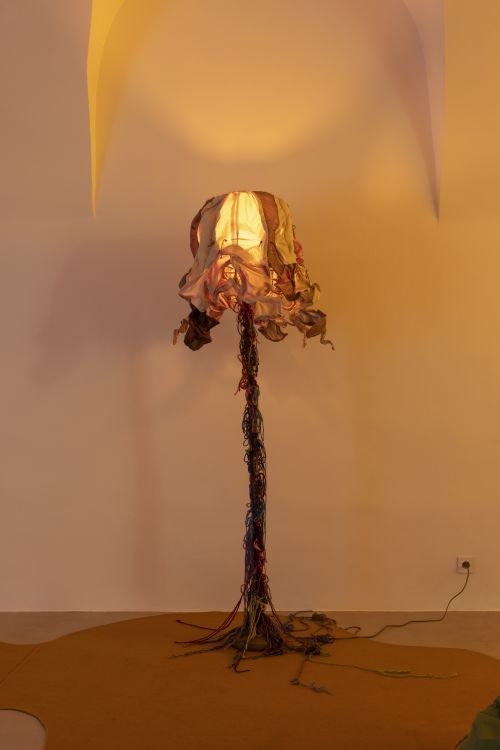 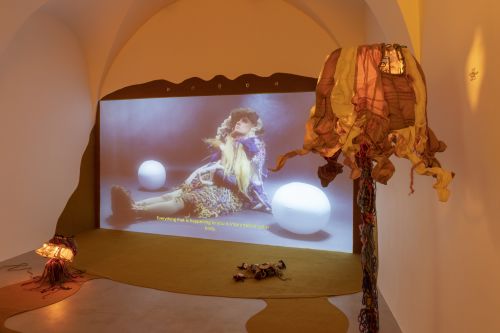 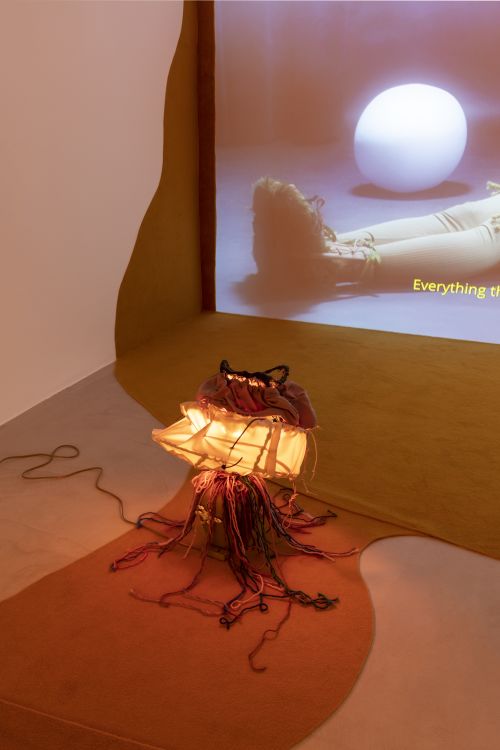 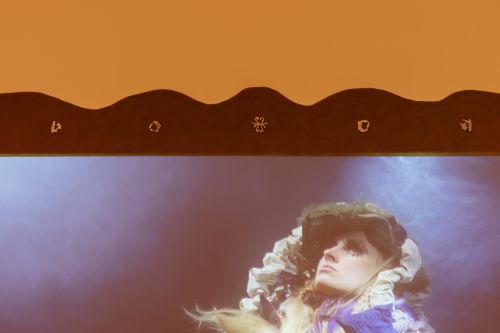 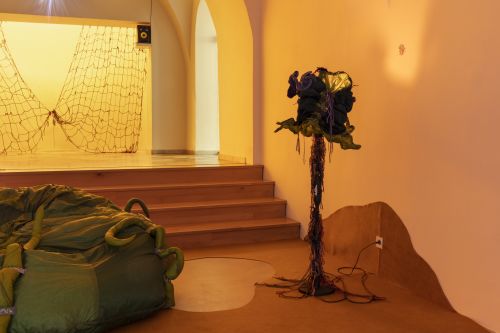 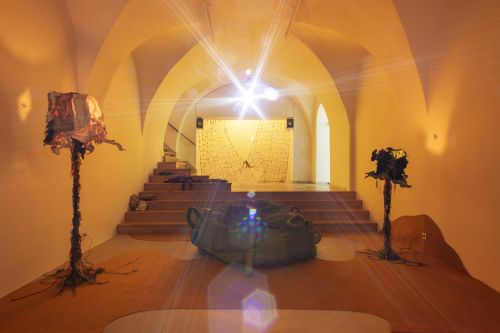 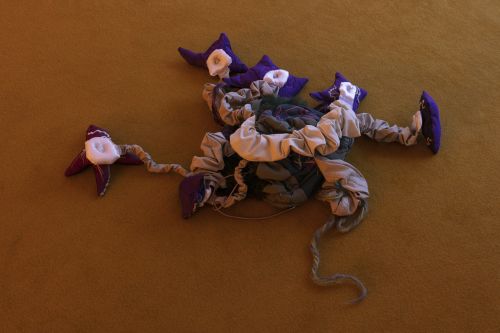 Similarly to Virginia Woolf, Susan Sontag considers the condition of bodily ailments as the flip side of a realm of prosperity in which we have dual citizenship. In her essay, Illness as a Metaphor, she describes the condition of a sick, weakened body as bringing “consciousness to a state of paroxysmic enlightenment” which can then become the impulse for the healing process in a countermovement: searching for possible causes of health problems in the overabundance of emotions we cannot let speak.
The Spell of an Unspoken Promise is an expanded video-installation, or a particular type of an other cinema as described by Erika Balsom. The scenographic character of the installation divides the exhibition space into an auditorium and a stage. The sculpted objects of lamps and seating bags are stylized in the same manner as the costumes and scenes in the video. Objects’ soft textile materials, the warm colors of the lamps’ fluorescents and even the rounded shapes of the islands on the floor tempt us with their hospitality, so that their slightly sinister tentacles and lianas could wrap around us and hold us for a while.

Indeed, the central message is conveyed to us through the personal testimony of the person in the video, whose voice speaks to us in the neutral gender. A certain detachment and searching for strength to speak about the unspoken can also be perceived through the use of stylization of the costume, which loosely evokes fantasy and its associated supernatural powers of healing shamanic rituals. The spoken word text itself is fragmented and alternately conveys different experiences of the body’s illness, the unwritten rules of how a community functions, feelings of acceptance and also exclusion and ultimately the abuse of power against group members. The personal and unspoken becomes spoken, engaged and healing without an undue tabloidization.