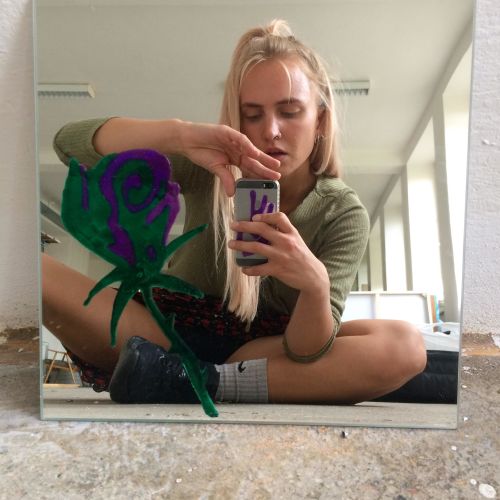 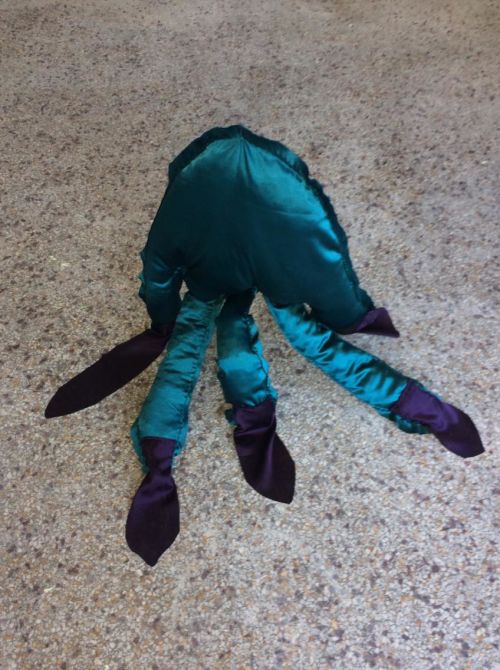 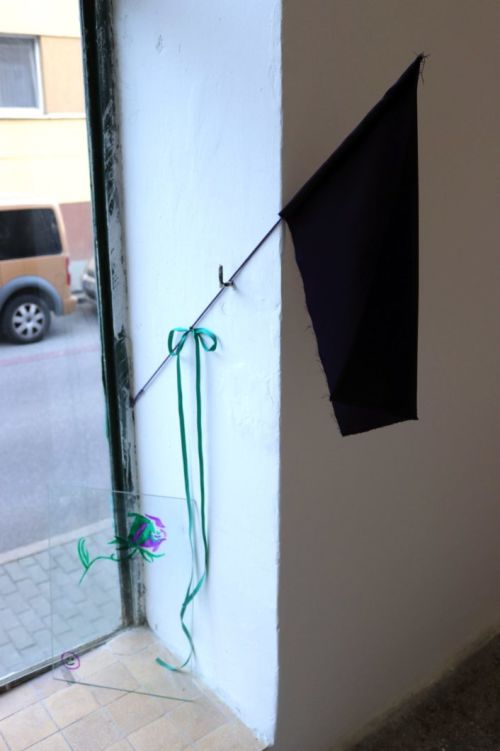 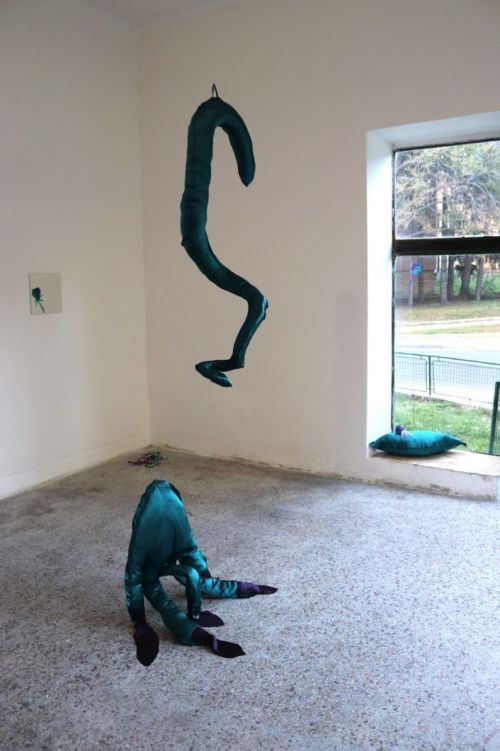 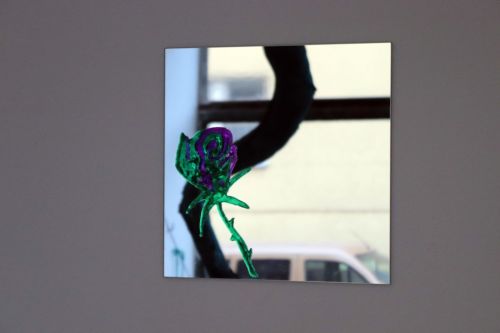 Gloriya Komarova is result of a stolen identity, hacked Instagram account. By the time it became a new admitted alter ego, visage. Fulfilling its “realness” not just in a gallery space and its installation, but in real life too. Firstly disturbed privacy is paradoxical, but not suprisingly, became comfort and safe space, showing us the view of her private inner worlds. This was built during longer work on concept of girl’s room. This room actuallymissing the elementary functional parts, which we could expect from it and we see just intimate, aesthetic objects, through which we trying to individualize. Exhibiton reflects Gloriya’s intention to define herself in one’s thought of a girl naivity and inner world, but also trying to deal with presention of her own opinions thourgh activism and protest, which she is beginning with. But to be hones, she has clear goal. The label of privacy and true self-presentation against the outer world is somewhere else.